When in Georgia on a historic farm I couldn’t help but throw together a “Gone With The Wind” inspired photo shoot! 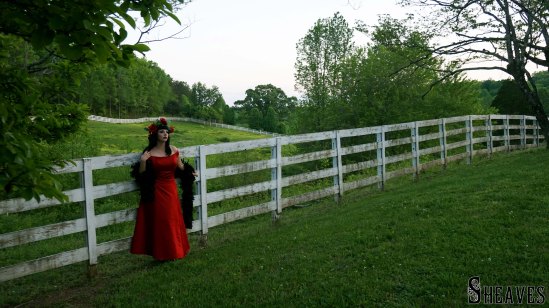 The farmhouse at Mountain Laurel Farm was something out of my old fashioned southern dreams. Jonas & I were lucky enough to stay and volunteer here for 2 months this spring! 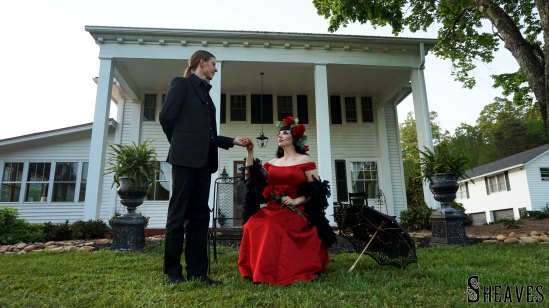 Our host had this scarlet red dress that she insisted I use for a photo shoot! I put together a flower crown with red roses that were part of the wedding decorations at the venue.

Jonas was gifted this oh so dapper suit and vest by our host’s mother, she sure knows our style!

For these photos, I of course took inspiration from “Gone With The Wind” but with a gothic twist!

I could totally imagine a real southern gothic wedding like this and I wish I had the opportunity to do more bridal styling. I still dream of having my own wedding business someday!

Doing research for this I was reminded of some beautiful quotes from “Gone With The Wind” that truly resonate with me in this season of my life. 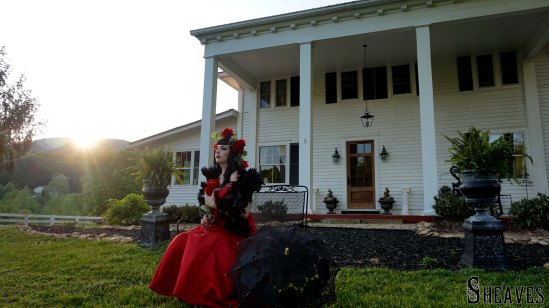 “After all, tomorrow is another day!”

As Jonas & I have been traveling for the last 6 months searching for where feels like home for us, I’m truly thankful each day and have learned to live life to the fullest! 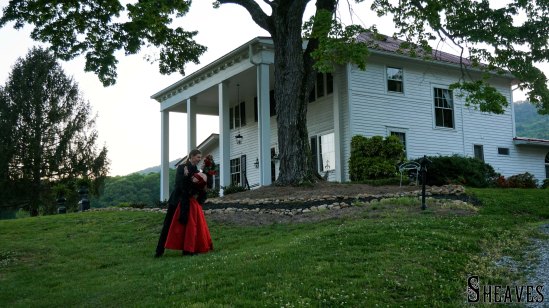 We’ve had some heart breaking disappointments but we’re always thankful for a new day, a new start.

In the words of The Brothers Grimm, let me tell you a tale of 2 kindred spirits whose friendship quite resembles that of a fairytale sisterhood… 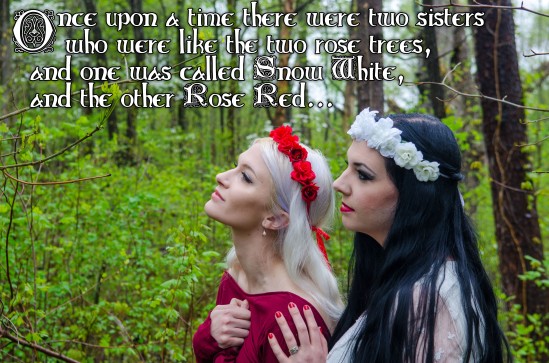 They were as good and happy, as busy and cheerful as ever two children in the world were, only Snow White was more quiet and gentle than Rose Red. Rose Red liked better to run about in the meadows and fields seeking flowers and catching butterflies; but Snow White sat at home with her mother, and helped her with her housework, or read to her when there was nothing to do.

The two children were so fond of one another that they always held each other by the hand when they went out together, and when Snow White said:

‘We will not leave each other’

Rose Red answered: ‘Never so long as we live’ 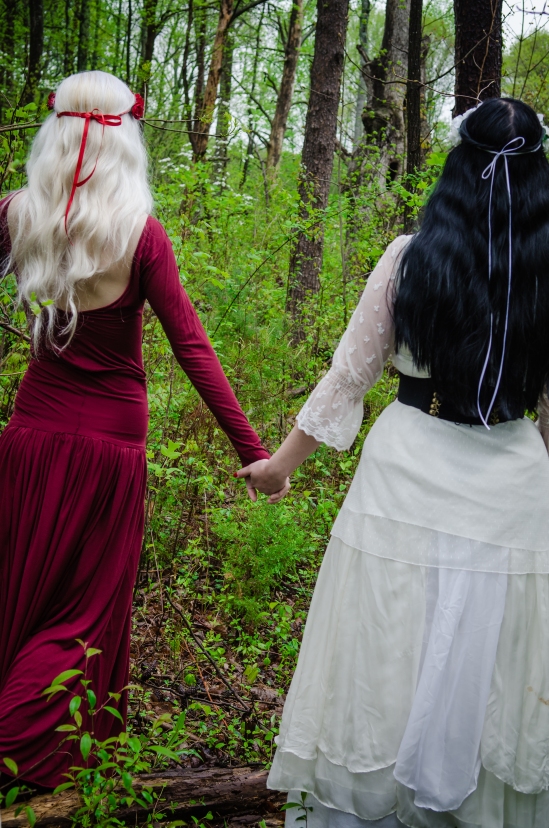 They often ran about the forest alone and gathered red berries, and no beasts did them any harm, but came close to them trustfully. The little hare would eat a cabbage-leaf out of their hands, the roe grazed by their side, the stag leapt merrily by them, and the birds sat still upon the boughs, and sang whatever they knew…” 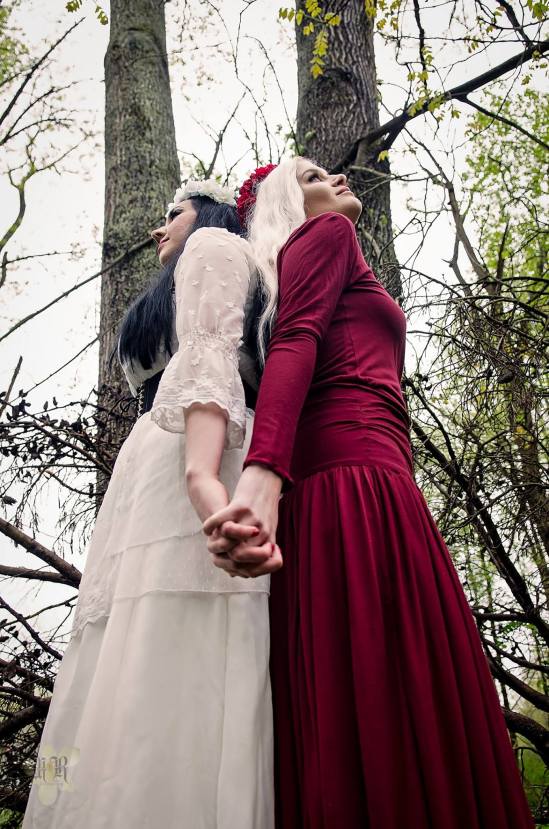 Several autumns ago I made the acquaintance with a beautiful faerie named Kelsey Anastasia (via the magical world of Instagram) where we started corresponding and before we knew it we had become pen pals! It didn’t take long for us to realize that we had found something very special, a magical friendship that you’d be lucky to find once in a life time.

We finally had the opportunity to meet in person this spring where we had a wonderful girls week together going on adventures in North Carolina! Kelsey had the idea and planned it so that we could do this Snow White & Rose Red inspired photo shoot while I was visiting and I couldn’t be happier with how Magnolia Ridge Photography captured our fairytale sisterhood! I’ll forever hold the memories of this trip close to my heart and can’t wait until the next adventure with my kindred spirit…

Find out the rest of the story of how we met as we answer the PEN PAL TAG questions in the video below! Do you have a pen pal or kindred spirit friend?

This one of a kind paper moon is hand crafted by DAPPSY and hand painted by Jonas! This wicked moon is inspired by some of my favorite vintage witches and I had fun getting ideas together with Jonas and planning the set design with Victoria, this is all a true dream collaboration! Watch the BTS video of us doing the set, figuring out the fog machine, and me trying to model!