One of my very favorite things to do in Sweden is visiting magical medieval castles and enchanted classical mansions!

Hope you enjoy coming along with me to Julita Gård + Säfstaholms Slott and learning some travel tips I’ve picked up on my journeys!

The enchanting mansion at Julita Gård is an from the 17th century and boasts beautiful gardens, straight from a fairytale!

The wishing well sure made me feel like a princess lost in time. 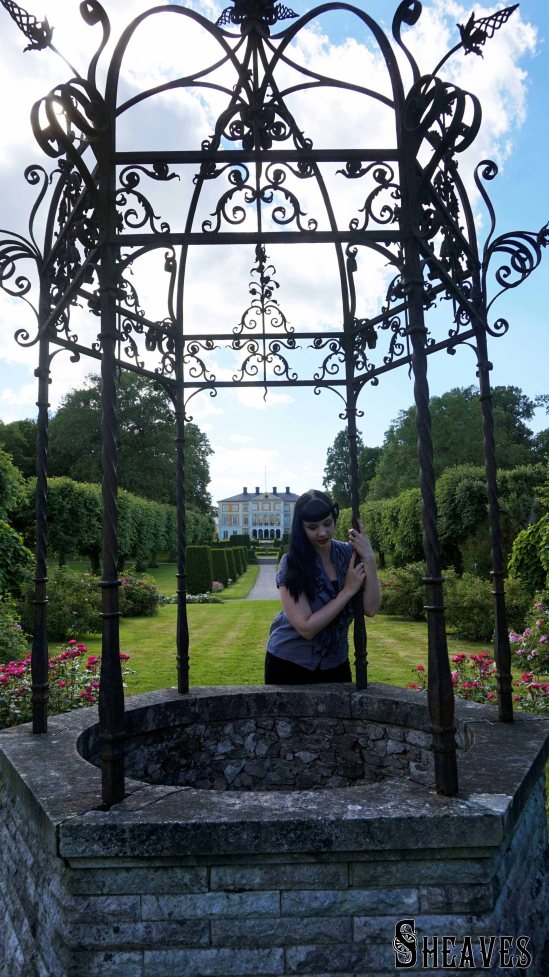 In fact it did feel like traveling through time at this, Sweden’s largest open-air museum

Some of the history goes as far back to the viking age!

I felt like I had tripped into a portal to the shire where all these charming grass covered cottages were.

I just adore the hand painted details of this door: “Welcome” 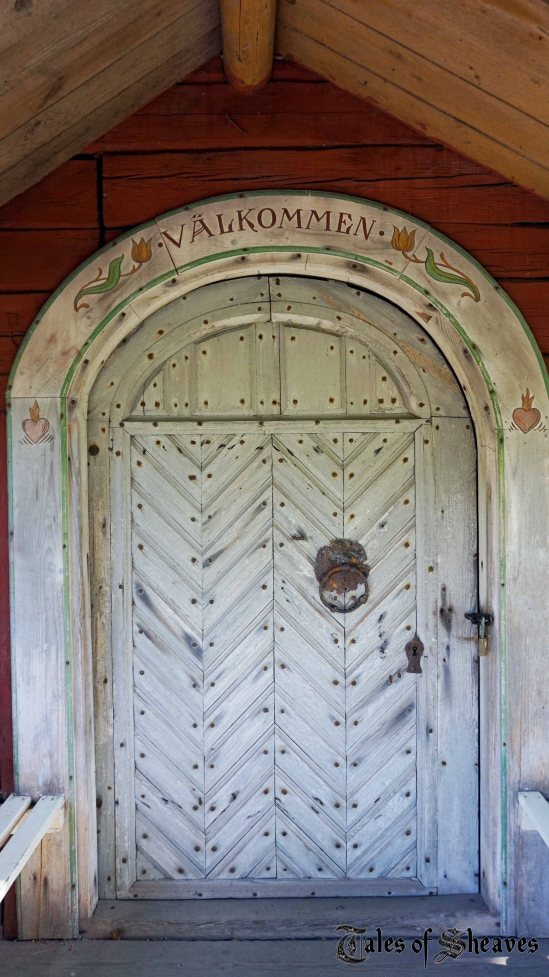 I wish I could have explored more, it truly is a magical place with so much more to see!

I sure enjoyed vlogging my time here and I hope to be taking you all with me on more mini adventures again soon! Bye For Now, 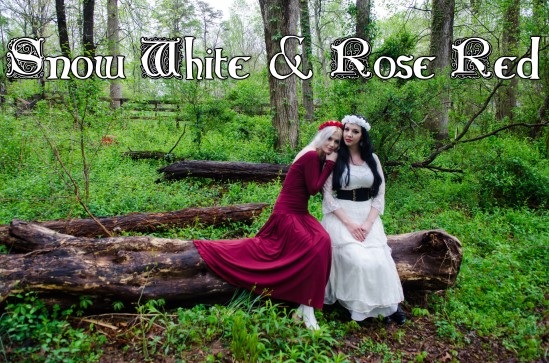 In the words of The Brothers Grimm, let me tell you a tale of 2 kindred spirits whose friendship quite resembles that of a fairytale sisterhood…

They were as good and happy, as busy and cheerful as ever two children in the world were, only Snow White was more quiet and gentle than Rose Red. Rose Red liked better to run about in the meadows and fields seeking flowers and catching butterflies; but Snow White sat at home with her mother, and helped her with her housework, or read to her when there was nothing to do. 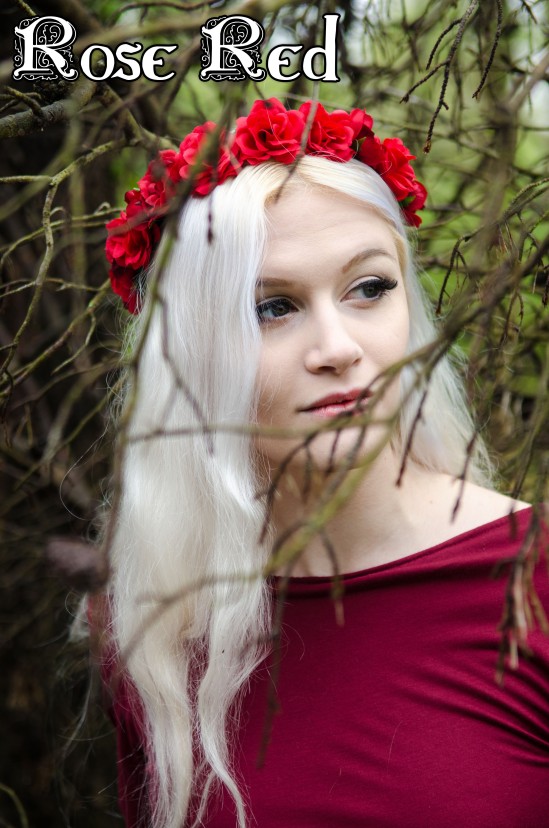 The two children were so fond of one another that they always held each other by the hand when they went out together, and when Snow White said:

‘We will not leave each other’

Rose Red answered: ‘Never so long as we live’

They often ran about the forest alone and gathered red berries, and no beasts did them any harm, but came close to them trustfully. The little hare would eat a cabbage-leaf out of their hands, the roe grazed by their side, the stag leapt merrily by them, and the birds sat still upon the boughs, and sang whatever they knew…”

Several autumns ago I made the acquaintance with a beautiful faerie named Kelsey Anastasia (via the magical world of Instagram) where we started corresponding and before we knew it we had become pen pals! It didn’t take long for us to realize that we had found something very special, a magical friendship that you’d be lucky to find once in a life time.

We finally had the opportunity to meet in person this spring where we had a wonderful girls week together going on adventures in North Carolina! Kelsey had the idea and planned it so that we could do this Snow White & Rose Red inspired photo shoot while I was visiting and I couldn’t be happier with how Magnolia Ridge Photography captured our fairytale sisterhood! I’ll forever hold the memories of this trip close to my heart and can’t wait until the next adventure with my kindred spirit… 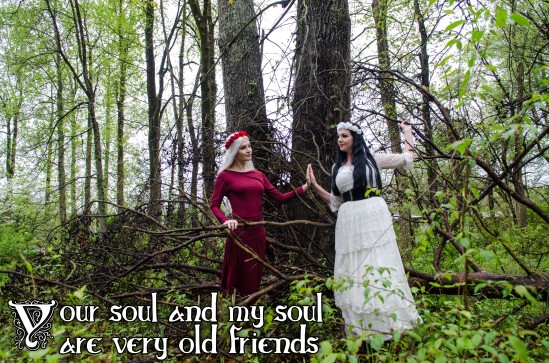 Find out the rest of the story of how we met as we answer the PEN PAL TAG questions in the video below! Do you have a pen pal or kindred spirit friend?

I just wanted to inform my followers on my blog that I’ve started a new PRESHOW series on my YouTube channel where I share my thoughts on the latest Once Upon a Time episode (MY FAV SHOW EVER!) or in this case the last season + theories *yes there are spoilers*! Fellow ONCERS just CLICK the link below to leave your thoughts in the comments and what you’re excited about for Season 5: #DARKSWAN!!!

I’m excited to share a combined outfit & fairytale history post about one of my biggest inspirations…Snow White! Since I was a little girl and even into high school Snow White has always been the Disney princess I related to the most. I dreamed of finding true love and always found myself tossing a penny in a fountain and wishing that some day my prince would come. Snow White is indeed the fairest one of all and it is the highest of compliments to me when I am told I look like here (happens more often since I dyed my hair all black) but what I admire about her most is her purity of heart, her kind spirit, and how she always chooses to see the best in every situation and everyone.

Since I’m a huge Snow White fan and fairytale fanatic I came across something online some years ago about a town in Germany called Lohr Am Main where they claim the Brothers Grimm got their real life inspiration from to write their fairytale, Schneewittchen! I of course added going to Lohr and seeing the museum in the castle to my bucket list and that dream came true last year for Jonas & my 2 year wedding anniversary trip! 😀 If you missed the vlogs from our trip you can watch part 1 HERE & part 2 HERE! I’d recommend watching part 2 especially along with this blog post because we start out that video with our time spent in Lohr!

Before going to Lohr I did some reading on the real life Snow White and got a lot of great information from http://www.lohr.de and when we were there we got a pamphlet that summarized the key points to how historian and Lohr resident Dr. Karlheinz set to prove in 1986 that Snow White was and is a daughter of Lohr! 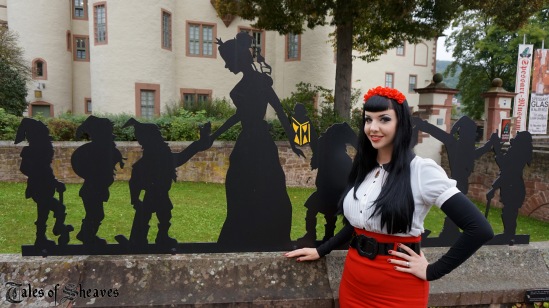 1. Maria Sophia Margaretha Catharina Freifräulein von Erthal was born June 19th 1725 in the Lohr castle and was the daughter of Baron Philipp Christoph Freiherr von Erthal who was in charge of the mirror and glass works of the Electorate of Mainz.

Any Once Upon A Time fans?!? This blew my mind! Plus Maria’s mother’s name was Eva just like the queen/mother of Snow on the show!

2. The baron married twice and Maria’s new step mother Claudia was considered to be domineering and unjust.

3. The magic talking mirror from the fairytale was undoubtedly inspired by either the elaborate mirror given as a gift from the baron to Claudia that is now on display at the museum or by the reputation of the glassworks of Lohr that were known throughout Europe, that they were made so pure they always told the truth.

4. Maria actually was abandoned or had to flee into the woods for an uncertain reason into the Spessart forest region and “over the seven hills” as penned by the Brothers Grimm represents the 7 hills near Lohr. There is actually a Snow White hiking trail you can go on that follows the probable path she would have taken that ended in Bieber, a mining town.

5. There really were “dwarfs” living in the Spessart who were miners of short stature, bowed from physical labor or sometimes they were even children who worked in the mines.

6. The glass coffin and iron slippers are clear references to the glass works and iron forges of former times in the Spessart.

7. The Brothers Grimm lived near Hanau, Germany which is about an hour from Lohr and the brothers were born 13 months apart and 60 years after the real life Snow White so they would have certainly been familiar with the events of Lohr.

Ok, so now for details on my outfit of the day in Lohr! When we finalized our Germany trip plans I KNEW I had to dress for the occasion when going to the real life Snow White town!!! People stared (I guess they aren’t used to people Disney bounding outside of Disneyland?!) but what made my day was when a local older German man walking by stopped to say that I looked like Schneewittchen…Ultimate Snow White achievement UNLOCKED!

“Lips red as the rose, hair black as night, skin white as snow…”
I wanted my outfit to a retro/vintage inspired look of the fairest one of all with my own flair of course. I wore a red rose headband, white vintage style shirt with black peter pan collar, red pencil skirt, and a Snow White & Prince Charming with a poisoned apple charm necklace I made. I’m really happy with how this outfit came out and I couldn’t help but feel like a princess exploring Lohr with my prince and standing in the castle where the real Snow White grew up! It was a fairytale dream come true!
-Lindsay of Sheaves